Between 2017-19 a small group of Wickham History Society volunteers, led by Jim Coleman, took on the translation of Latin documents about Wickham held at the Hampshire Record Office, which include these two Wickham Manor court records dating from 1697 and 1698 – the oldest surviving complete records. WHAT DO THESE WICKHAM MANOR COURT TRANSLATIONS…

In 2021, Sandie Vigar was looking through books belonging to her late mother-in-law and came across a Book of Common Prayer that had been presented to a Joseph Ratty in 1854.  Although no definite connection with the family has been established, Sandie passed the book to Wickham History Society to ask in their best David…

Knowle Estate When Knowle Hospital opened on 13 December 1852 the estate was 105 acres of land stretching from near Wickham to Funtley on both sides of the River Meon.  The land included woodland, meadow, grazing and pasture. In 1898 the London and South West Railway (LSWR) purchased 7 acres of land from Knowle for…

There is much evidence in the school log-books emphasising the rural community around the town. Absenteeism is brought about by children following rural pursuits. December 23rd 1908. `Many children rendered themselves late for afternoon school by following the hounds in the near neighbourhood’.  Children were often away fruit picking, hop picking, gathering acorns and fallen…

The school log books record a lot of information on school facilities and equipment. Perhaps reflecting headmaster William Langford’s recent arrival in Wickham, there is quite a lot of detail on supplies and suppliers in 1883.  A tin of disinfecting powder was received from Mr Snowdon, chemist (June 12th); a new dustpan for school use…

I lived in Hundred Acres from 1944 till 1964 when I left to study in Edinburgh.  My parents were born in Portsmouth and spent most of the war years in the New Forest while my father taught the children from his school who were evacuated from Portsmouth.  Later, he was moved to the Spitfire factory…

The story of The Upper House and The Lower House

My grandfather, Mr Bailey, was headmaster of Wickham School before the first World War – he died in 1921. However by the time the Second War started, I was in my last year at school, having been at school in Wickham, then Fareham, and Hilsea.  The whole school at Hilsea was evacuated to Leigh Park… 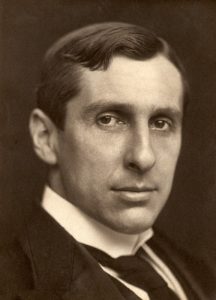 Yvonne Case – Business as usual at the Bakery

Throughout 1940, strenuous efforts were made to keep all normal services running as usual — the local buses stopped briefly only during air raids, and postmen climbed over rubble to deliver the mail. Cases Bakery Vans c.1950   During the worst period, one night the two main bakeries in Portsmouth were put out of action….