“Remembrance and Commemoration” by Neil Bond

November 2018 was the centenary of the end of the Great War and our November 27th talk was given by Neil Bond, wearing the uniform of a Great War army “Padre”. It was a thoughtful and challenging talk to 35 members and guests of Wickham History Society on how we think of and remember those who fought in the Great War.

While we remember those who died, Neil felt that more should be done to commemorate all those who fought, including those who suffered terrible mental and physical injuries. They were all proud that they had achieved victory but many became disillusioned after the war that the promised ‘land fit for heroes’ never materialised.

Neil gave a new perspective on the war too, pointing out that many of those fighting left the army fitter and better fed than they had been at home. While casualties during the attacks were appallingly high, most of those serving on the front would never have participated in an attack and many would not have served on the front at all. Neil also explained that the perception of constantly flooded trenches was a myth – that related to Passchendaele when there was exceptional summer rainfall.

This was a very well informed talk, well delivered without the support of powerpoint or notes.

Neil also brought along some original artefacts, including uniform jackets, caps and belts. 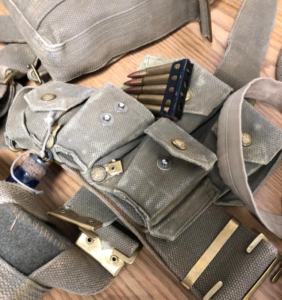 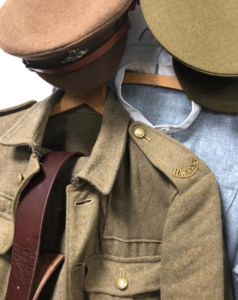