Home News & Reports WHS at the Taste of Wickham 2017 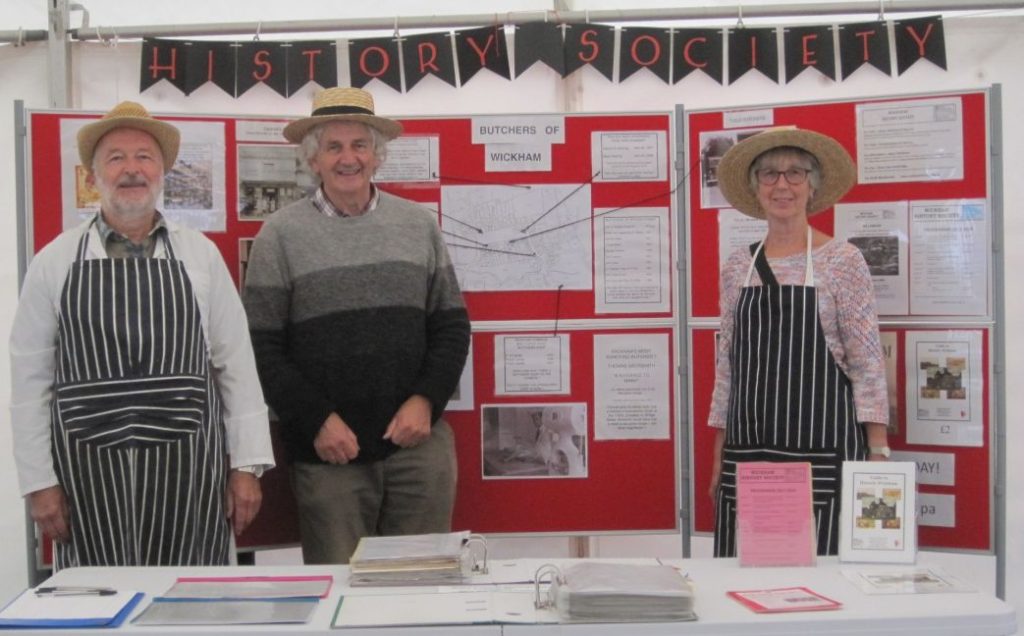 Wickham History Society joined  “Taste of Wickham” again this year with a display celebrating the ‘Butchers of Wickham’.

Did you know we can trace the first known butcher in Wickham back to 1398 ? He was called John Boucher (John the Butcher)!

There has been a butcher’s shop where Meon Valley Butcher’s is today for at least 180 years and probably longer. The first butcher we know trading there was Joseph Daysh in 1839.

We had a great response from Wickham villagers who identified most of the shops and staff shown in our old photos. 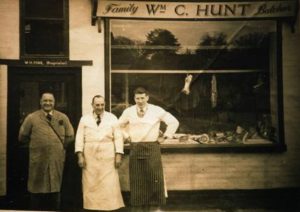 We’d like to hear from you if you know any more about our butcher’s shops – for example Mr Cantle’s shop on Wickham Common/Southwick Road, Hemings Pork Butchers or Gastrells (where the Square Cow is now).